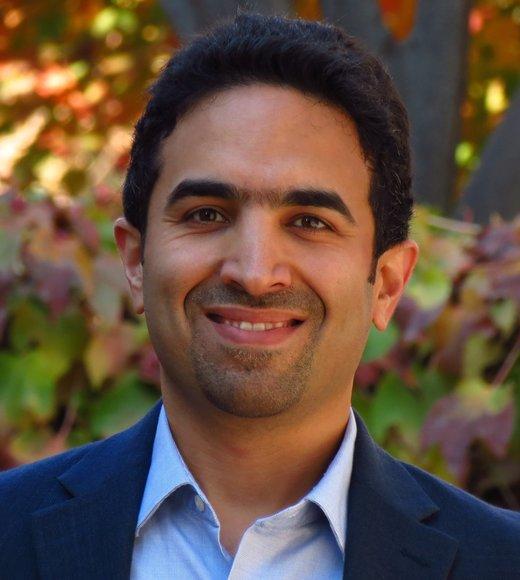 Iman Soltani is an assistant professor of Mechanical and Aerospace Engineering, and a member of the Electrical and Computer Graduate Program at the University of California, Davis. He is also a faculty member at the Institute of Transportation Studies (ITS) and is affiliated with the Center for Data Science and Artificial Intelligence Research at UCD and the Department of Mechanical Engineering at the Massachusetts Institute of Technology (MIT). His research lies at the interface of artificial intelligence, controls and mechanical design focusing on the development of robotic systems with applications in materials and medical research, autonomous driving and manufacturing automation. Prior to joining UC Davis, he worked at the Ford Greenfield Labs in Palo Alto, CA where he led the Advanced Automation laboratory. He received his PhD and Postdoc training at the Massachusetts Institute of Technology (MIT). He has more than 12 patents and 30 journal and conference publications in a diverse range of topics from LiDAR design to naturalistic autonomous driving and precision positioning systems. His research has been featured in the news such as the Boston Globe, Elsevier Materials Today, ScienceDaily and MIT-News. For his research he has received multiple awards in academia and industry such as the MIT Carl G. Sontheimer award and National Instrument’s engineering impact award.