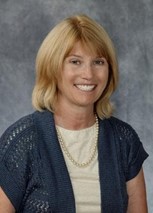 When Sue Holl was an engineering student at UC Davis from 1972 to 1976, the campus was covered in a snow blanket every winter. It was the time of the Vietnam war, the draft and the Watergate scandal. Many students were drawn to UC Davis engineering because of the Aerojet company in Sacramento. However, women were still rare in engineering and among the approximately 300 students graduating in engineering that year, only a handful were female. Holl remembers a sense of friendship and camaraderie between the genders. “We were the first generation where guys and gals could be friends and not solely interested in dating. You were judged on what you could do”, Holl said. “I felt like one of the guys”. Can you spot Holl in the photo below?

Holl grew up in the Bay Area, and engineering runs in her family. Her father was a civil engineer, and her grandfather went to college studying engineering before he had to drop out during the depression. Also, her daughter, Christy (Holl) Bell, graduated from UC Davis in 2009 with a BS degree in mechanical engineering.

Holl started out as a mathematic major and was interested in programming computers. After she complained that programming was not that interesting to her, a senior in mechanical engineering recommended electrical engineering (EE), because electrical engineers made computers. Since Holl often interacted with her professors and attended office hours regularly, she went to the Engineering Dean’s Office to find out more about EE. Dean John D. Kemper was in his office and took her on a tour of Bainer Hall. They visited labs housing a wide variety of intriguing equipment, talked about opportunities in EE, and Holl became an EE student. When she describes her undergraduate experience at UC Davis, her face lights up and her eyes begin to sparkle. “There was a wonderful atmosphere of belonging, and the professors had enough time for undergraduate students because they had fewer graduate students”, she recalled. Summer was her favorite time, when some classmates were still on campus, and she could engage in research even more and try out new things. “It was an all-doors-are-open atmosphere”. One professor especially inspired Holl and instilled a passion for teaching: materials science professor Zuhair Munir. Holl had such a good experience as an undergraduate that she wanted to teach undergraduates and bring that sense of community and belonging to students. Although she was an excellent experimentalist, she wanted to be both an educator and researcher. Also, outside the classroom, Holl was engaged in many activities, and she and her peers installed the Tau Beta Pi bent in front of Bainer Hall in the summer of 1975.

After graduating with a B.S. in EE and materials science and M.S. degree in materials science from UC Davis, Holl worked for Sandia National Laboratories while pursuing her Ph.D. at UC Berkeley. Her UC Davis education had prepared her very well for Sandia and graduate school, and Holl especially appreciates that she had learned how to learn and to work to develop solutions thoroughly. “Coming from a smaller college, I had an advantage because we needed to work hard at UC Davis and were not given a pass easily”, she said. Holl then joined California State University as a professor in 1980.

“Engineering is a team sport, and you rely on your teammates to achieve the perfection that is necessary”, Holl said, and she wants to instill this mindset in her students. She uses the bridge example. “If you construct a bridge, and it works 90-95% of the time—a number that would be fantastic in e.g., vaccine efficacy—this would be a disaster for the responsible engineers”, she tells her students. In addition to professional expertise, she advises her students to keep an open mind and know what they can do, to be passionate and to watch out for opportunities. And to those who might associate engineers with the adjective “nerdy”, Holl responds: “Engineers are funny, smart, good listeners and contribute to the common good. What is not to like?” We agree.