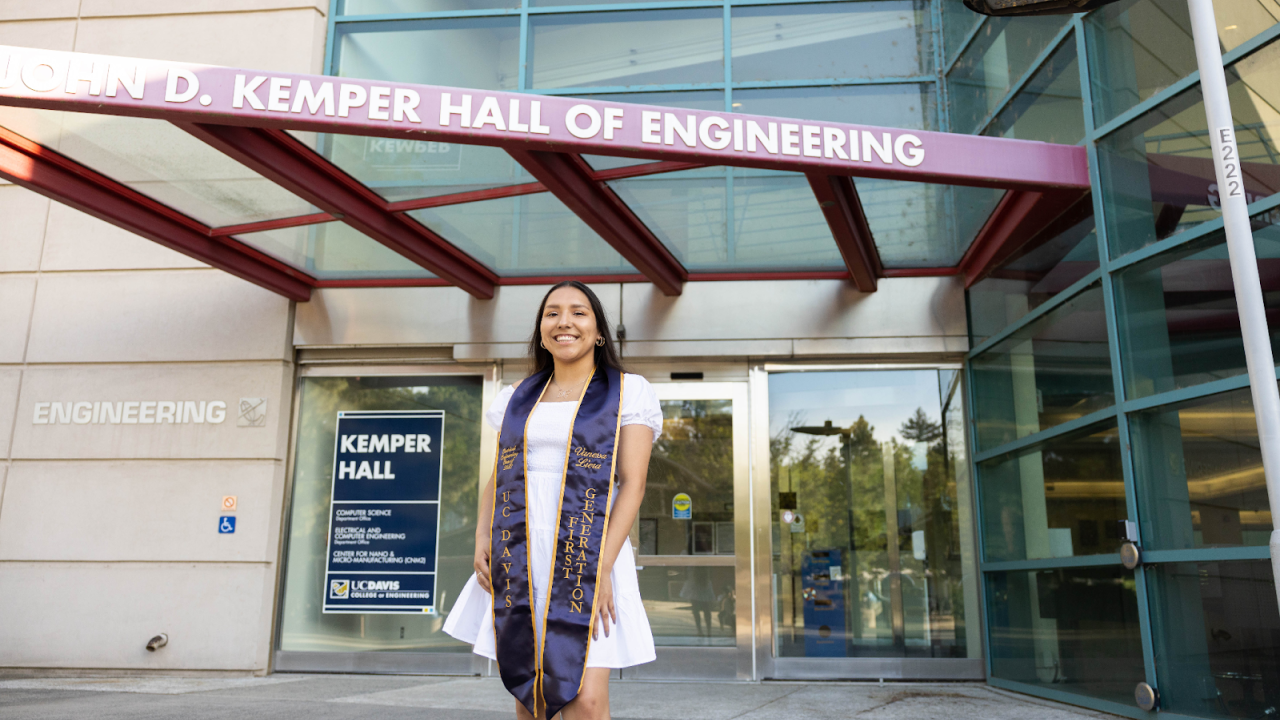 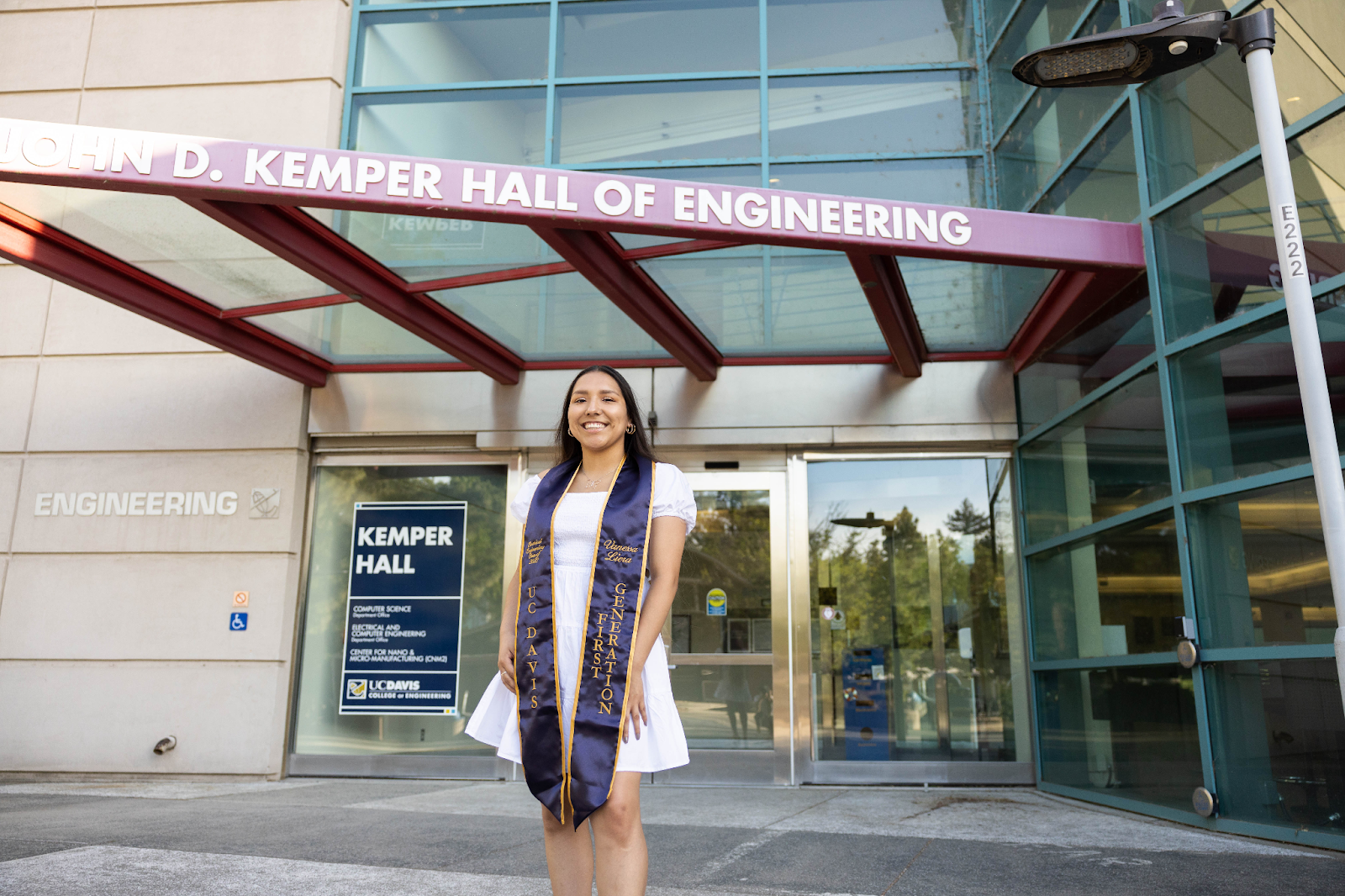 My name is Vanessa Liera, and my hometown is Panorama City, California. I recently graduated from the University of California, Davis as a first-generation student with a B.S. in electrical engineering and a minor in theatre and dance. I am currently a Quality Engineer in the Engineering Development Program, New Model Department at Honda Development and Manufacturing of America in Anna, Ohio.

Growing up, I never really knew what I wanted to do as a career. All I knew was that I enjoyed math and science and had a spark of interest in robotics in 6th grade. During my junior year of high school, I had to start applying for colleges, and this meant I needed to decide what major I wanted to apply for. I still didn’t know what I wanted to do in the future, but due to my spark of interest in robotics, I chose to pursue electrical engineering. At the time, I did not really know what engineering was or what electrical engineering consisted of. I only had one idea of what it might be and went with it.

Fast forward to my senior year of high school, I received an acceptance from UC Davis with a major in electrical engineering. This was a big deal because I’d be the first in my family to attend and graduate from a university. Being a first-generation student came with its own challenges but being a first-generation Latina in a male-dominated field came with even more challenges. I had to learn how to live independently, navigate college, balance the rigor of my courses, adapt to a new environment, find confidence in this field, and manage it all.

I struggled greatly during my first year of college. I remember coming out of my very first engineering class feeling like I got my first taste of imposter syndrome. For starters, I didn’t see a lot of Latinas or minorities in the room and began to feel intimidated. Then as we began to learn the material, the other students in the class seemed to understand the lecture and instructions when I could barely keep up. People knew answers to questions that I couldn’t even comprehend. I felt like I was already behind, and the class wasn’t even over yet. I thought to myself, “How do people know so much already?” “How am I already behind?” “Was I wrong for choosing this major?” 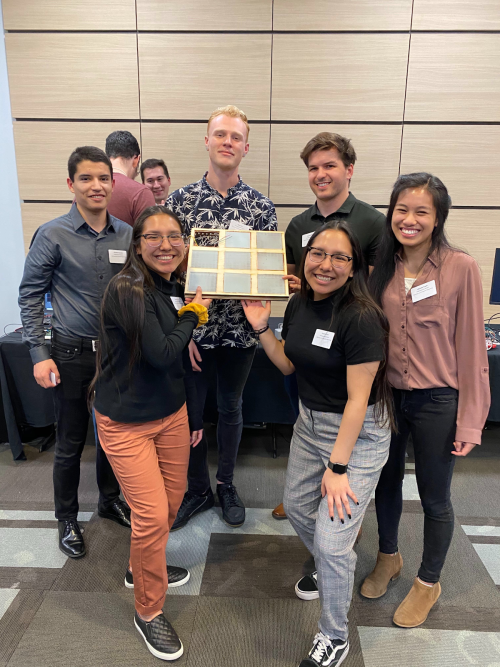 This was one of the many times I questioned myself and my position throughout my college career. Although it’s common to do, especially as a first-generation student, I shouldn’t have had to feel that way. I was never taught how to navigate and overcome that feeling, but I knew I had to make changes to succeed as a Latina engineer. I worked twice as hard as my peers to catch up and be where I wanted to be academically and professionally. I had to change my study habits, the way I approached my challenges, stop being afraid of asking for help, and stop comparing myself to others. I had to find what worked for me and accept that failure was a part of the process. I also realized that taking care of myself was even more important, so I prioritized taking breaks when I needed to and setting smaller goals that would get me through each day. I took it all one day at a time.

I also made a choice to get out of my comfort zone and get involved in organizations that would benefit me socially and academically. When I got involved with organizations that promoted diversity in STEM, I no longer felt like I was on this journey alone. I found people who felt the same way I did, and I began to build friendships with people in my classes. Being in these organizations motivated me to attend industry information sessions, apply for scholarships, and get to know my professors. Finding my community and confidence inspired me to help others find theirs, especially minorities within electrical and computer engineering. During my 3rd year in my undergraduate career, I co-founded my own organization, the Club of Future Female Electrical Engineers. This organization was made to be a support system for women in Electrical or Computer Engineering but welcomed anyone who supported the mission of creating an inclusive environment for all. I didn’t want anyone else to feel like they couldn’t pursue what they wanted, like they shouldn’t be in their earned position or like they simply didn’t belong. From this point on, I knew I wanted to help future generations of minorities in Engineering and other STEM fields in any way I could, even after college. I want to share my story and show them that anything is possible despite the hardships and challenges. 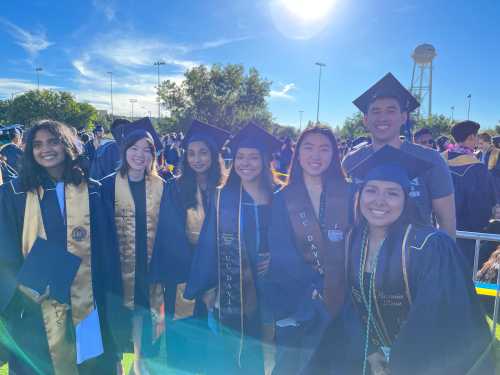 Although I made impactful adjustments that changed my college career for the better, I did wish I had known this and more before starting college. I would have liked to better understand engineering as a whole and what each type of engineering consisted of. Knowing this, I probably would have better prepared myself for the rigor and possibly the content of my major. I wouldn’t have felt so behind from the beginning because I would have been introduced to it beforehand and known what I was getting myself into.

With that said, I’m grateful for the opportunities I’ve received throughout my college career and after. Choosing to pursue electrical engineering was one of the best decisions I’ve ever made because even though it brought big challenges, it has brought me to amazing people, new experiences and a better future. I stopped letting fear get in the way of me chasing my dreams, and my life has turned out better than I could’ve imagined. I went from starting college with no prior knowledge of engineering to landing a job as a quality engineer right after graduation. So don’t let challenges scare you. They’re there to help you grow. I want to use my journey to help the next generation of minorities pursuing careers in STEM and be a resource for anyone who may be on a similar path so that they can build their own.

This article originally appeared on The College Tour.