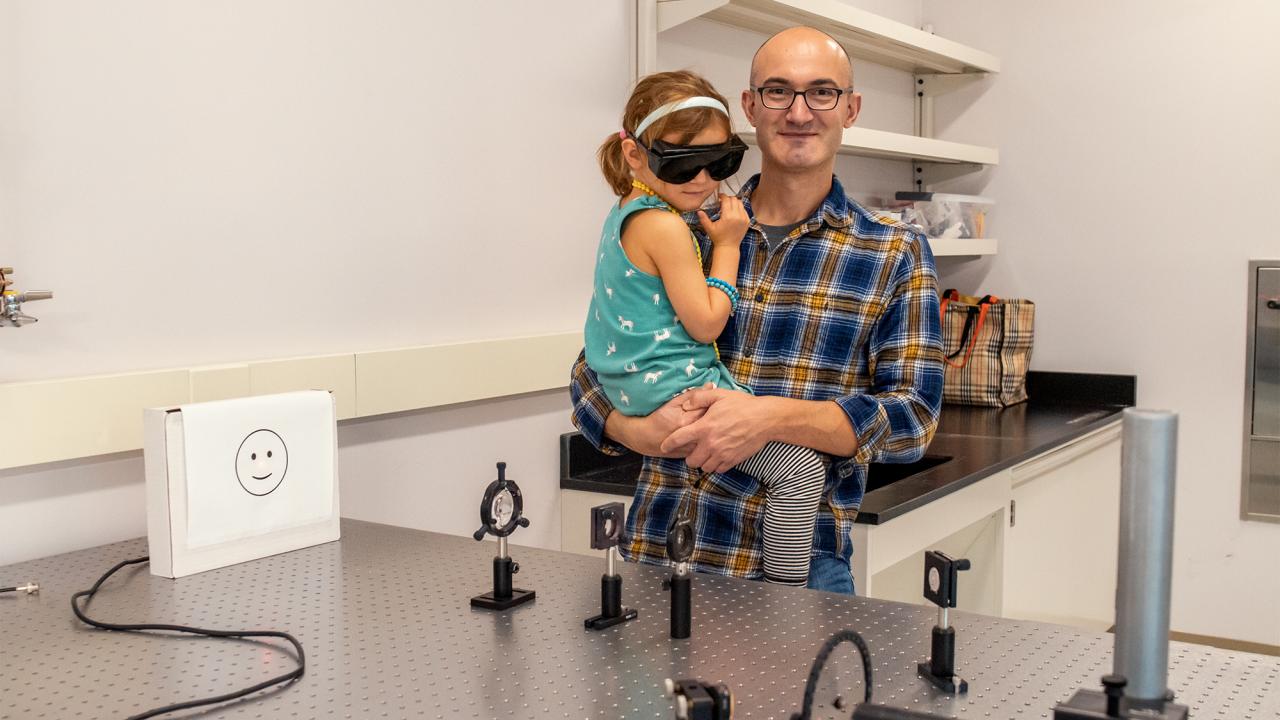 As a part of the IEEE Photonics initiative Introduce a Girl to Photonics, the Bring Your Daughter/Niece to Work Day was organized by professors Marina Radulaski and Weijian Yang in collaboration with the Optics Club of UC Davis on Monday, October 28th.

Student volunteers from the Optics Club ran interactive demos and led lab tours to Prof. Weijian Yang’s laboratory. The event was a huge success and received positive feedback from parents ranging from the technical tasks that girls enjoyed (aligning laser, playing Laser Khet, bending light through a lens, etc.) to the perception of their role in engineering.

Professor Radulaski provided a short reflection on the event as she described the day from start to finish. The guests participated in three age-based workshops led by the graduate volunteers Melisa Gulseren, Cesar Bartolo Perez, Yunyang Li and Shing-Jiuan Liu. While the pre-K group played with colors of light and marveled at the rainbows formed by the diffraction glasses, the pre-teen group learnt about reflection and refraction and had a lot of fun bending light using lenses. The teen group had the real optics lab experience, aligning laser path on the optical table and changing the laser spot size by modifying a telescope-like setup. The favorite here was the smiley-face target which received a red nose when the laser is pointed in its direction. Finally, the girls had a chance to play the Laser Khet board game and take action photos by the laser setup

Prof. Radulaski stated, “For the department, the highlight of the event was the excitement of introducing 14 girls to photonics. These smart and curious young students could make a very positive impact to science and engineering. Therefore, our job as a community is to keep them engaged and let them know that they belong.”