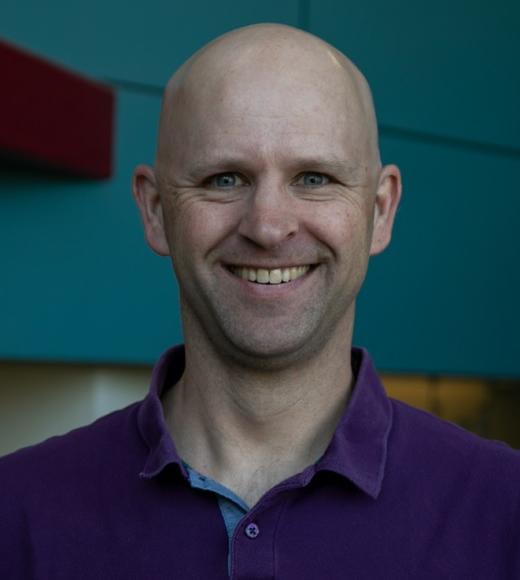 Dr. John Owens, Child Family Professor of Engineering and Entrepreneurship, has been elected Fellow of the American Association for the Advancement of Science (AAAS). This distinction rewards Prof. Owens for fundamental contributions to commodity parallel computing, particularly in the development of GPU algorithms, data structures, and applications.

“I am delighted to join such an illustrious group of scientists and engineers, including many of my most respected and accomplished colleagues at UC Davis,” said Owens.

Founded in 1848 on the basis of creating a national scientific community, Fellows are a distinguished cadre of scientists, engineers and innovators who have been recognized for their achievements across disciplines, from research, teaching, and technology, to administration in academia, industry and government, to excellence in communicating and interpreting science to the public.

“All of the work that’s led to this honor has been led by my graduate students,” noted Owens. “I’m so grateful to them and to UC Davis for giving my group the opportunity to do meaningful research that advances the state of the art in our field.”

Professor Owens has led a pioneering, world-class research program in the area of commodity parallel computing, with particular focus on general-purpose computing on the graphics processing unit (GPU). His research group at UC Davis has developed parallelization techniques and programming models and have demonstrated tremendous performance benefits and generality from the GPU model.

In addition, his work has advanced a wide range of application domains, notably in graph analytics, where his Gunrock project is the premier GPU graph analytics framework (adopted by both the DARPA HIVE program and NVIDIA’s RAPIDS initiative as their framework of choice) and computer graphics, where he is one of the most prominent researchers in leveraging the GPU’s programmable power to significantly broaden the capabilities of interactive graphics systems.

Prof. Owens was one of the first faculty members anywhere in the world to offer a massive online open course (MOOC), with MOOC provider Udacity, in his field of GPU computing. Eight years later, this course has enrolled nearly one hundred thousand students in more than 100 countries.

Prof. Owens has received a number of top honors and awards in his area of research. He is currently PI of the UC Davis-NVIDIA Center for GPU Graph Analytics and an NVIDIA CUDA Fellow. He has received multiple Test of Time Awards at ACM/Eurographics High Performance Graphics; both the Distinguished Paper Award and the Best Artifact Award at Euro-Par 2018, as well as earlier Euro-Par awards; multiple Distinguished Paper awards at the Association for Computing Machinery’s SIGPLAN Symposia and others; ECE’s Distinguished Research Award in 2019; and the 2018 Advisor of Excellence Award from the Theta Tau Professional Engineering Fraternity. In 2017, he was elected an Association for Computing Machinery (ACM) Distinguished Member.

“I appreciate the support of my colleagues and our department and college leadership in making UC Davis such a great place to train and work with world-class graduate students,” said Owens. “We’re all so excited about the work we’re doing and how it will continue to make a significant impact in computing for many years to come.”