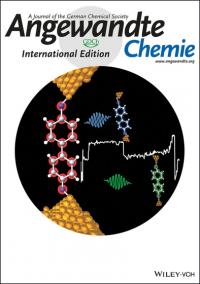 A new tool that can simultaneously measure the structural and electrical properties of single molecules has been developed by engineers at UC Davis. The work by Professor Josh Hihath’s group in the Department of Electrical and Computer Engineering is featured on the cover of the new issue of the journal Angewandte Chemie.

In Multidimensional Characterization of Single-Molecule Dynamics in a Plasmonic Nanocavity, the UC Davis researchers created a single-molecule layer of an organic molecule, biphenyl-4,4’-dithiol or BPDT, over a gold surface and brought an ultrasharp gold tip close to the surface. The gold tip and surface formed two nanoantennae separated by a gap which could be spontaneously bridged by a BPDT molecule for fractions of a second. The team was able to measure the current flowing through the BPDT molecules as they bridged the gap, and get structural information from Raman spectroscopy at the same time. The size of the gap is such that it actually creates a phenomenon called a plasmonic cavity that amplifies the Raman spectroscopy signal, according to the paper.

The system provides a platform for investigating chemical structural dynamics at the single-molecule level, the authors wrote. That could allow insights into phenomena such as field driven chemical reactions, enzymatic processes, and molecular binding and transport processes.

Additional authors on the paper are graduate students Lucas Domulevicz and Nayan Paul, postdoctoral researcher Hyunhak Jeong, and Associate Professor J. Sebastian Gomez-Diaz, Department of Electrical and Computer Engineering. The work was funded by the U.S. Office of Naval Research and the National Science Foundation.