Richard C. “Dick” Dorf, a professor emeritus of Electrical and Computer Engineering. was awarded the UC Davis Medal on June 8, 2019. The UC Davis Medal is the highest honor the campus bestows on individuals to recognize and celebrate extraordinary contributions that embody the campus’ Vision of Excellence. Recipients like Professor Dorf inspire and support the success and engagement of UCD students, faculty, staff and alumni and foster a bold and innovative spirit in teaching, research and public service. The many accomplishments of Professor Richard Dorf include serving in myriad official and public service positions including dean as well as mayor, writing or co-authoring over thirty books, and co-founding numerous businesses, to say nothing yet of the countless ways in which he has served and continues to serve the UC Davis community. He is also a professor emeritus of Management at UC Davis where he directed the MBA Consulting Center at the Graduate School of Management from 2006-12. 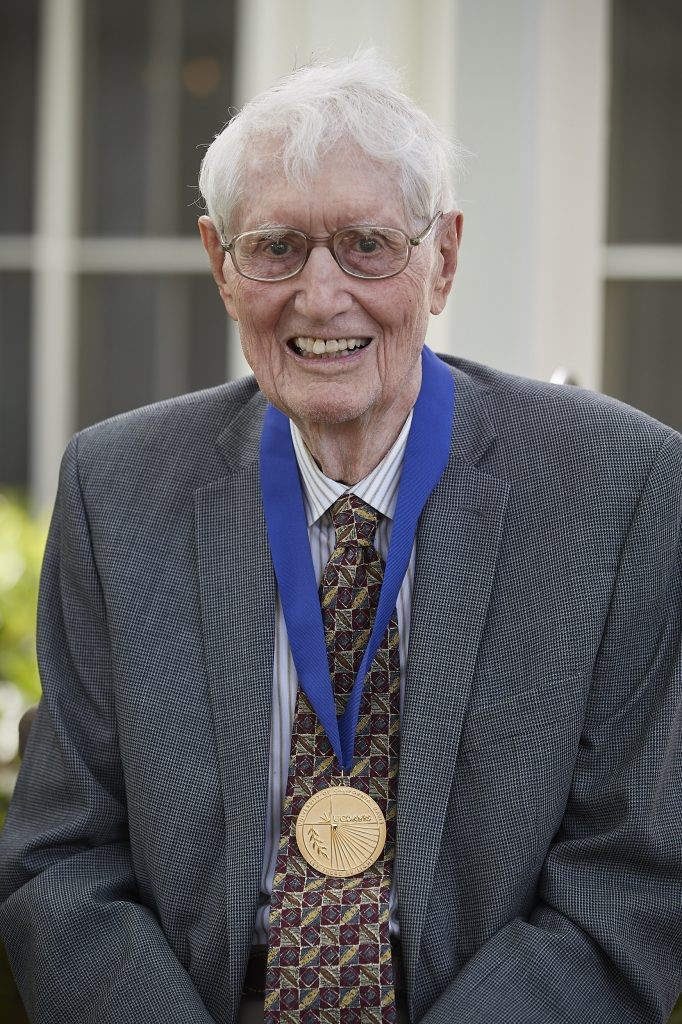 Professor Dorf was Dean of Extended Learning where he oversaw and was responsible for the management and program development for the public service and extended education function of the Davis campus throughout the state. Dorf taught courses in electrical engineering in circuits and control systems and consulted in engineering project development at the College of Engineering, and at the Graduate School of Management he focused on entrepreneurship, innovation and sustainable technologies. A peculiarity of Dorf’s career is his interest in both engineering and management–typically professionals heavily prefer one or another–and it is noted that the Graduate School of Management’s existence is owed to people like Professor Dorf.

Dorf has also authored/co-authored over thirty books. He is described as a pioneer in the field, many of his books being the first of their kind. One such book is Technology Ventures: from Ideas to Enterprise, a text used in the Graduate School of Management’s New Business Ventures course and at institutions around the world; this text is the first to thoroughly treat on the global phenomenon of technology entrepreneurship.

On the topic of entrepreneurship, Professor Dorf is the co-founder of six technology firms and three publishing companies, one of which is Morgan & Claypool, an electronic publisher of scientific materials; as well as Boyd & Fraser Publishing, Marrone Bio Innovations, Gensa, Robotics, inc; and Davis Video Inc., an early video-by-mail firm. Not only has Richard Dorf served on the boards of numerous companies and nonprofits, but as a former Sonoma resident, he was the city’s mayor from 1994 to 1996 and a council member from 1994 to 1998. Moreover, he was a commissioner for the City of Davis from 2000 to 2009. Having served on the prestigious Dean’s Executive Committee, a fundraising leadership board, for the College of Engineering, Dorf was also a member of the Dean’s Advisory Council for the Graduate School of Management. Furthermore, Professor Dorf is a Fellow of the Institute of Electrical and Electronic Engineers (IEEE), the American Council on Education, and the American Association of Engineering Education )AAEE). He has received the American Association of Publishers’ Best Reference and Professional Book Award and the Clarkson University’s and the University of Colorado’s Alumni Award. Less recently, he served as vice president at Ohio University and as chairman of the Electrical Engineering department at the University of Santa Clara.

Richard and his wife Joy are long-time supporters of UC Davis and are both members of the Chancellor’s Laureates, a distinguished circle of the university’s most generous donors. They established the Richard C. Dorf Award for Academic Excellence  for graduates at the Graduate School of Management’s MBA program in 1999 and the Richard and Joy Dorf Award for Academic Excellence for undergraduate students in the Department of Electrical and Computer Engineering in 2005, creating the Richard and Joy Dorf Graduate Student Award in the same department five years later. In 2009, they named the Richard C. and Joy M. Dorf Classroom in the Graduate School of Management’s Gallagher Hall. In 2012, they established the Graduate Award for the Graduate School of Management, and in 2013 they created the Richard and Joy Dorf Student Tickets Endowed Fund for the Robert and Margret Mondavi Center for the Performing Arts guaranteeing that each UC Davis student gets their first ticket free when visiting the center. Most recently, they have generously supported the Engineering Student Design Center Building Fund and named the Dorf Design and Communications Classroom in Kemper Hall.

Even in retirement, the Dorfs remain among the most prominent supporters of the university. About their legacy, Joy Dorf said, “The legacy is that we were here, and we participated, we shared our resources, our time, talent and treasure.” With the UC Davis Medal, we recognize the enormous impact that Professor Dorf has had and continues to have not just on Davis itself, but on its importance and its reputation worldwide. A tremendous passion for teaching and for engineering have inspired the professor in his tireless work on behalf of the university. The UC Davis ECE department is proud to acknowledge Professor Dorf’s acceptance of this award with the highest congratulations and the utmost gratitude for his decades of work making this department and the university what they are today.