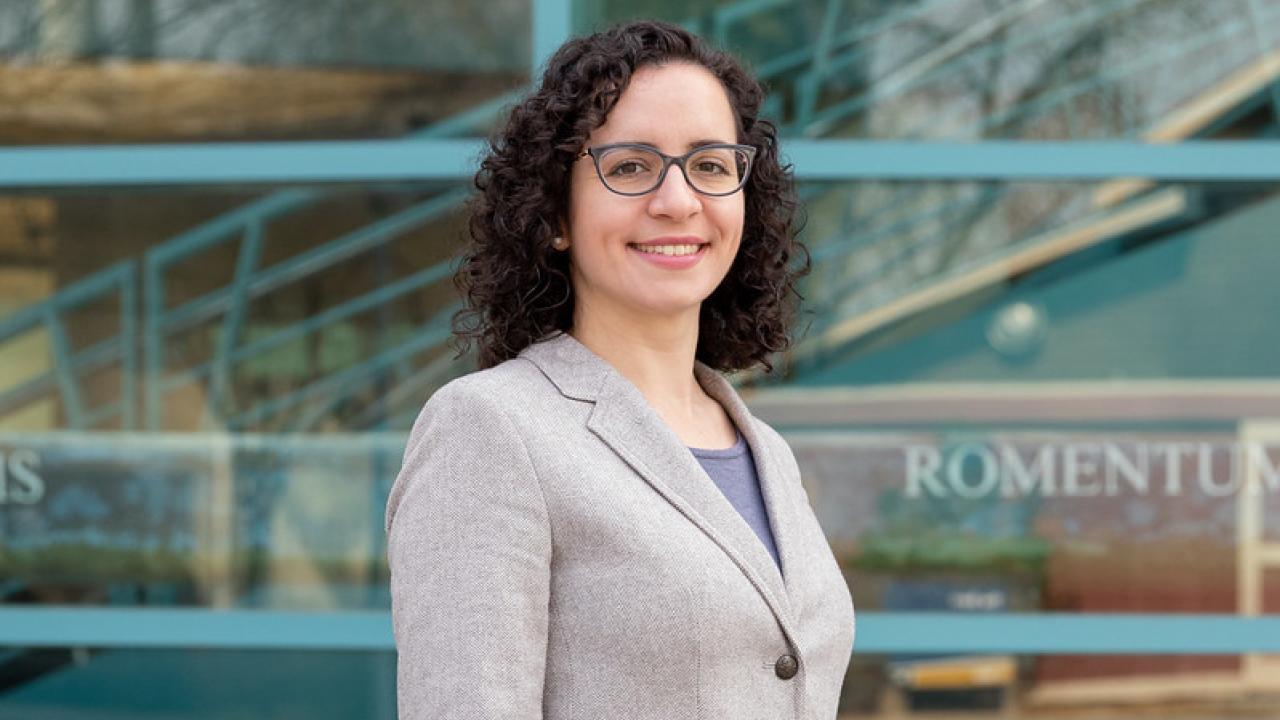 Quantum computing is a rapidly-emerging technology that harnesses the laws of quantum mechanics to solve problems too complex for classical computers.

Radulaski received the award for the project "Q-MARINA: Quantum Mapping Algorithm of Resonator Interaction with N Atoms." The project involved mapping and modeling the interactions of atoms within an optical resonator on a quantum computer.

She and Marina Krstic Marinkovic, a colleague at ETH Zurich, developed the idea during the pandemic, which she says did not stop scientific progress. "This project came out of Zoom calls we'd set up with each other once a week. Although the pandemic slowed down some of my group’s experimental research projects, it left space to connect with my colleague in Switzerland and pursue this new idea," says Radulaski.

The duo reduced the algorithm's complexity they mapped from exponential to linear—making it simpler to solve and requiring less quantum memory. This result is fundamental, the first in a line of projects where they will use quantum computers to model physical effects.

A quantum hardware system is about the size of a car, made up mostly of cooling systems to keep the superconducting processor at its ultra-cold operational temperature. "Electricity and microwaves all power and control that one CPU-like chip. We must keep that chip very cold for quantum effects to predominate, close to absolute zero. We had access to quantum computers on the cloud during the pandemic, even our students could program them from home for homework."

Radulaski points out that this technology is in the prototype stage, so it is too early to worry about the power demands of quantum computing.

Radulaski says that people program quantum computers by setting up problems in a way the computer can execute, expressing it in terms of states being called "gates" that are like the Boolean logic gates of classical computing. "First, we write the physics equations to fit the physical reality we're observing, then we write it in a way the computer can solve. It takes a lot of thought to reduce the complexity of calculation from requiring an infinite number of quantum bits to a linear amount of bits."

Challenges and Potential of Quantum

Radulaski says that quantum computing has the potential to speed up some computer processes, so they take minutes instead of days, which is helpful for discovery and security.

She explains what researchers hope to accomplish with quantum computers. "This is a different way of treating information where we could process data a whole lot faster than just by shrinking semiconductors or cooling the machines down. The scale factor is a lot different. We could double performance by adding one more qubit (the basic unit of quantum information)."

Creativity and Support at UC Davis

Radulaski says that UC Davis' ECE program provided significant support to her and her quantum computing technology all through the pandemic. "They encouraged us to talk with as many people as possible in the field to try new ideas. As a professor here, I feel able to be creative. I'm not overburdened with other matters, and colleagues help me think through setting up courses and research."