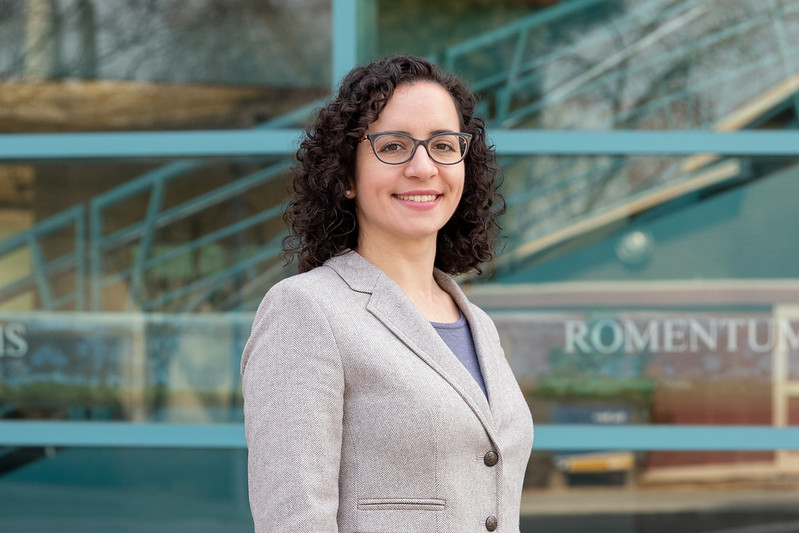 Assistant professors Marina Radulaski and William Putnam, both electrical and computer engineers recognized in 2021 with CAREER awards from the National Science Foundation, have been using these prestigious grants to educate and inspire new generations of researchers.

Radulaski, leader of the Quantum Nanophotonics Lab, works with her team to develop quantum technologies for communication and computing. As she explains, quantum superposition (e.g. being able to exist in two locations at once, being both light and matter) gives these systems advanced powers for information processing. "In cryptography, quantum systems can support the safest encryption of messages. They provide record breaking precision in sensing, allow for simulation of complex systems that cannot be efficiently simulated on a classical computer, and compute algorithms at exponentially faster scales than before."

She aims to combine light-based systems, such as fiber internet, that are very useful for long-distance technologies, with the very scalable solid-state systems used in computer chip development. "[This] will provide versatile and scalable technology for quantum information processing at a distance."

The NSF's CAREER Award, given to promising early-career researchers is designed to facilitate the integration of teaching and research. Radulaski has taken that mission to heart: "We found local partners working with diverse groups of students: Woodland Pioneer High School and the Boys and Girls Club of Greater Sacramento. We want to introduce them to quantum photonics through a series of workshops and lab visits, with a goal of attracting the students to academic and industrial careers in quantum science and engineering. During our workshop with the Pioneer Women in STEM high school club, we found a lot of curiosity among students, and they are inquiring when we are continuing with the program this school year."

Putnam's NSF CAREER Award is focused on his research into developing new detectors for infrared light. The detectors his group is working on will measure infrared light waves in the time domain. “As electrical engineers, we’ve all used oscilloscopes to measure voltage or current signals. Well, in our group, we’re trying to develop detectors that actually look like oscilloscopes for infrared light waves.” Such detectors will revolutionize infrared spectroscopy.  Different molecules absorb different combinations of infrared colors, and these varying light absorption patterns can be used to identify the composition of materials. These absorption patterns act like “molecular fingerprints”, and they enable numerous applications: for example, climate scientists use infrared spectroscopy to determine the composition of atmosphere, and doctors measure molecular fingerprints to determine the presence of different molecules and cells in blood samples. Putnam notes, “infrared spectroscopy is used in numerous fields, from climate science to medicine, and if we’re able to build oscilloscopes for infrared light, we’ll be able to help folks in these fields extract much more information from their infrared measurements." 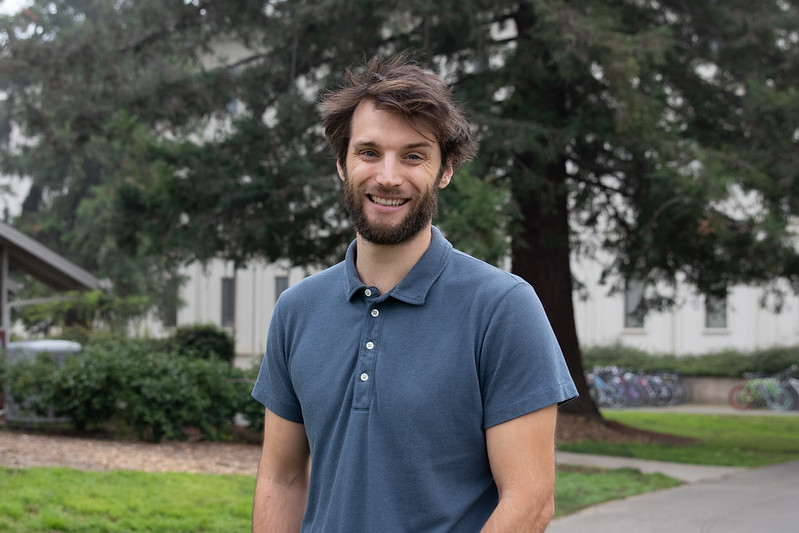 Putnam has also recently won two awards to support projects in his group related to the interaction of electron beams with light waves. He notes, “Electron beams, basically streams of electrons zipping through free space, offer unique opportunities for generating light; these electrons don’t have the same limitations as electrons bound in materials.” Last year, Putnam received a Young Investigators' Program (YIP) award from the Air Force Office of Scientific Research (AFOSR). His YIP award is to support the development of a new kind of infrared light sources based on electron beams. “Infrared light is extremely useful for applications from spectroscopy to micro-surgery; however, as you move to longer wavelengths in the infrared, there are fewer and fewer good laser sources. We’re hoping to fill this gap with a new kind of light source based on free electron beams.”

In addition to his YIP award, Putnam's group received an additional grant from the NSF to study quantum effects that emerge when electron beams interact with light waves. “In this project, we’re basically trying to figure out what happens when we take our electron-beam light source and shoot just a single electron into it. We expect that this single electron can generate a small group of photons with very interesting quantum properties.” As he speculates, this project could lead to new ways to generate photons with quantum properties that would be desirable for quantum information experiments taking place in Radulaski’s lab, as well as numerous other quantum information labs around the world.

The College of Engineering recognizes one professor from each department for a Best Teaching Award, and in 2020 this award went to Putnam. He received student evaluations of 5.00 out of 5.00, unusual for someone at that point in his career, and garnered praise for making complex information understandable. He aims to continue to bring his new NSF and AFOSR-funded research into the classroom.

Both Radulaski and Putnam are grateful for the support they have found through UCD's ECE department for their basic research. As Radulaski explains, "UC Davis ECE has been very supportive in developing a new direction of research and education in quantum science and engineering. The department helped me build a state-of-the-art lab for probing most fundamental questions in quantum photonics, which is a prerequisite for finding effects that can be commercialized."