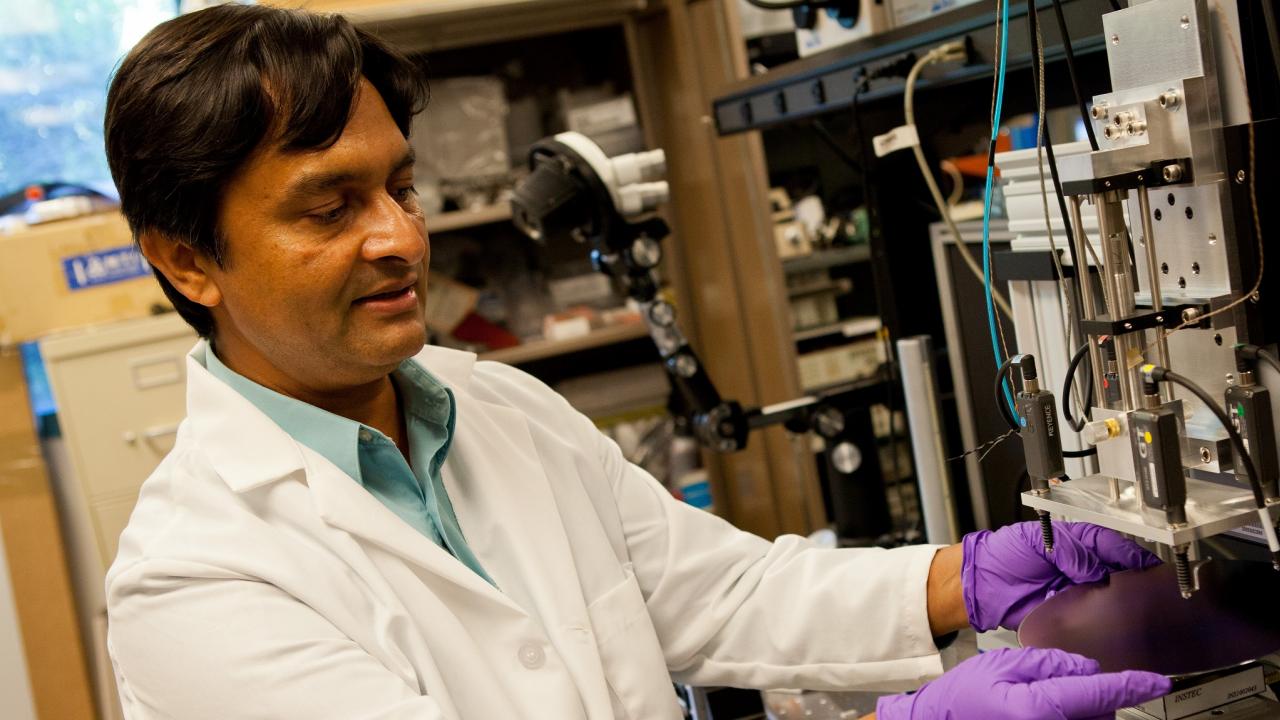 Prof. M. Saif Islam has been named an IEEE Fellow. He is being recognized for the development of sensors and ultra-fast photodetectors.

Based on his decade long research on nanowires, nanopillars and eventually micro-nanoscale holes, Dr. Islam’s team effectively addressed the technological challenge of designing ultra-fast silicon photodetectors with high efficiency. Their observation on bending and trapping of photons, for the first time, led to the design of silicon photodetectors with broadband high quantum efficiency, record ultrafast response for high data transmission rate. The impact of this work in the emerging data centers links, LIDAR and solar energy harvesting devices would be high. Along the same line are his contributions towards high-throughput integration of nanowires in devices to enable mass-manufacturing of nano-systems and ultra-sharp nanowire-based gas ionization sensors  with record low operational voltage. The massively parallel and mass-manufacturable nano-bridging process demonstrated by him was adopted for several semiconductor materials and opened door to the commercialization of dense and low-cost nanodevice arrays without employing tedious device fabrication processes.

The IEEE Grade of Fellow is conferred by the IEEE Board of Directors upon a person with an outstanding record of accomplishments in any of the IEEE fields of interest. The total number selected in any one year cannot exceed 0.1% of the total voting membership. IEEE Fellow is the highest grade of membership and is recognized by the technical community as a prestigious honor and an important career achievement.

Dr. Islam has authored/co-authored more than 250 scientific papers and organized 32 conferences/symposiums as a chair or co-chair. He received NSF Faculty Early Career Award, Outstanding Junior and Outstanding Mid-Career Research Faculty Award, IEEE Professor of the Year and UC Davis Academic Senate Distinguished Teaching Award. He is an elected fellow of the American Association for the Advancement of Science (AAAS), Optical Society of America (OSA), and International Society for Optics and Photonics (SPIE). He was also recognized by the National Academy of Inventors (NAI) as a Fellow for demonstrating “a highly prolific spirit of innovation in creating or facilitating outstanding inventions that have made a tangible impact on quality of life, economic development and the welfare of society”. Since 2001, his inventions contributed to 43 US and worldwide patents and several of them were licensed by companies including Bloo Solar, Flexstarta and Atocera. His first patent at UC Davis involved an undergraduate student -Michael Chen.

The IEEE is the world’s leading professional association for advancing technology for humanity. Through its 400,000 plus members in 160 countries, the association is a leading authority on a wide variety of areas ranging from aerospace systems, computers and telecommunications to biomedical engineering, electric power and consumer electronics.

Dedicated to the advancement of technology, the IEEE publishes 30 percent of the world’s literature in the electrical and electronics engineering and computer science fields, and has developed more than 1300 active industry standards.  The association also sponsors or co-sponsors nearly 1700 international technical conferences each year.  If you would like to learn more about IEEE or the IEEE Fellow Program, please visit www.ieee.org.

Improving Agricultural Production by Slowing Down the Speed of Light